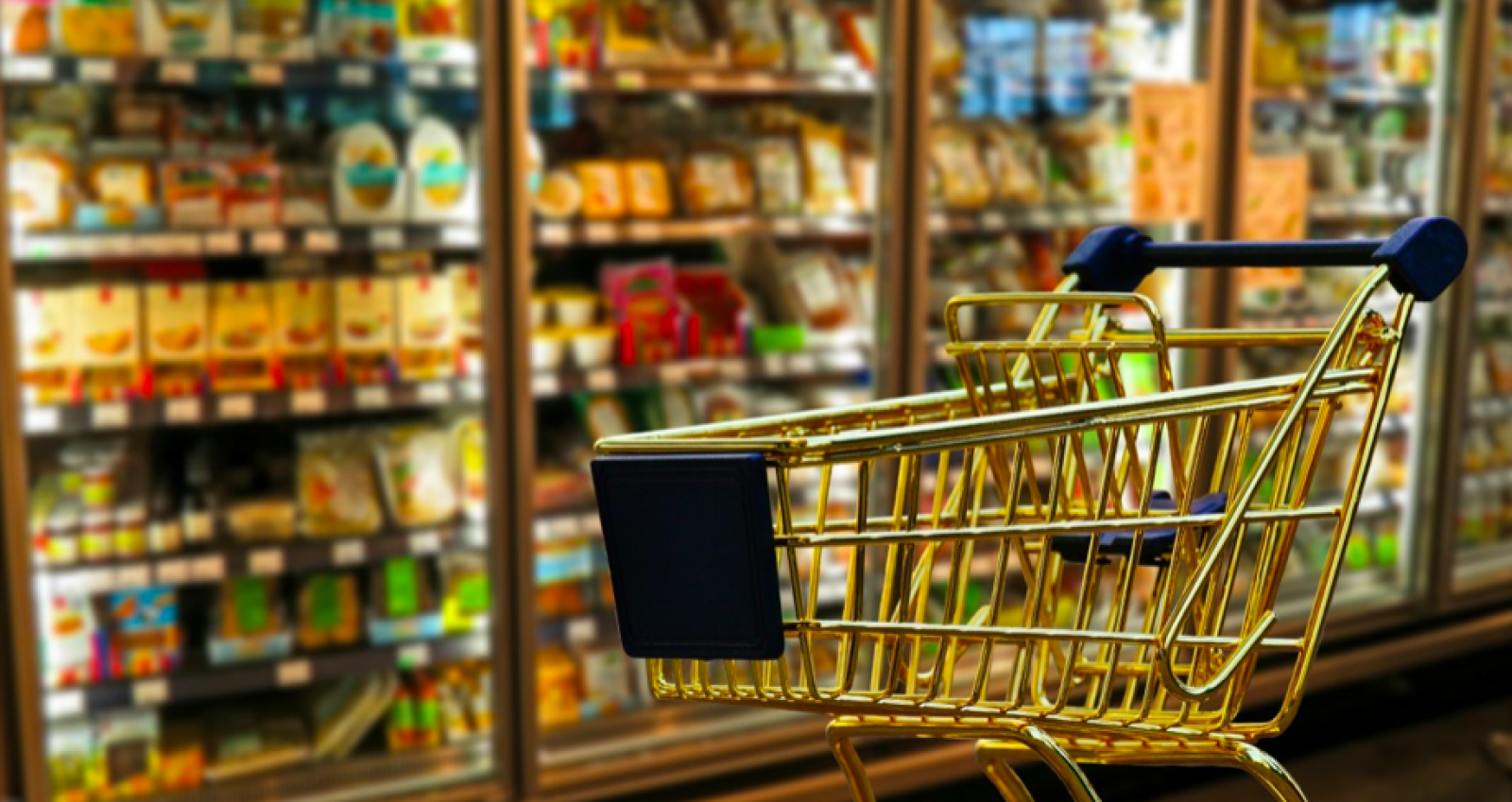 
On November 4, 2019, the European Commission (hereinafter: ‘Commission’) announced in a press release that it had opened a cartel investigation into a possible coordination of conduct between the two competing French supermarkets Casino Guichard-Perrachon (known as ‘Casino’) and Les Mousquetaires (known as 'Intermarché') through a purchasing alliance.

Commissioner Margrethe Vestager (Competition Policy) has noted that purchasing alliances between retailers have become an important part of the supermarket supply chains. Indeed, purchasing alliances can lead to lower product prices for consumers. However, such benefits can quickly disappear if purchasing alliances are used to coordinate sales activities. The Commission has indicated in the press release that it will therefore examine whether the cooperation between Casino and Intermarché went beyond their purchasing alliance and whether they have coordinated their market activities in an anti-competitive manner in the development of their retail networks and their pricing policy towards consumers. If the coordination between the two supermarkets is found proven by the Commission, this may lead to an infringement of Article 101(1) TFEU (the European cartel prohibition).

Background of the investigation
Cartel investigations into price alignments in the retail sector have long been 'reserved' for national competition authorities. However, the Commission indicated in 2016 that it would also launch its own investigation into possible collusion between retailers through purchasing alliances, after several EU Member States – such as Italy – had started national cartel investigations. In this context, the Commission carried out unannounced inspections ('dawn raids') in February 2017 and May 2019 on its own initiative at the premises of, among others, Casino and Intermarché.

The Guidelines on horizontal cooperation agreements state that purchasing alliances aim at the creation of purchasing power, which can lead to lower prices, or better quality products, or services for consumers. Hence, on the one hand, the Commission does not exclude the fact that purchasing alliances may have a positive effect on consumer welfare, but on the other hand, such alliances may also give rise to competition concerns. The latter may result from frequent contact between competing retailers, which in turn may lead to (prohibited) coordination of sales activities. In recent years, there has been a significant growth in the number of purchasing alliances. Moreover, there have been frequent changes of partners in these alliances, which in the Commission's view contributes to an increased risk of collusion in the retail sector.

Additionally, the French Competition Authority approved this year the purchasing alliance (called ‘Horizon’) between Auchan, Casino, Metro and DIA after the mandatory notification under the French merger control rules. This alliance was initially formed to negotiate better prices with major producers of consumer products in order to withstand competition from international players on the French market.

In 2019, the Belgian Competition Authority raided the premises of Carrefour and Provera Belux (part of Louis Delhaize) because of their purchasing alliance. The reason for this investigation is their procurement practices that could restrict competition. Carrefour and Provera announced last year that Carrefour would also purchase for Provera, making it the second largest purchasing alliance in Belgium (responsible for 1400 stores). The Belgian media indicate that a number of suppliers have filed a complaint against this alliance, as it forces them to give more discounts to the purchasing groups.

The abovementioned purchasing alliances all have in common that they are aimed at creating better conditions for retailers in their bargaining position vis-à-vis suppliers. In addition, the growing influence of Amazon is playing a role in the emergence of purchasing alliances in the European retail sector.

Purchasing alliances in the Netherlands
Purchasing alliances are also a common phenomenon for retailers in the Netherlands and are also a topical subject that is being investigated by the ACM. On 18 November 2019, the ACM announced in a press release that it had raided several large traders in the agricultural sector. It is likely that these companies in the agricultural chain have made prohibited price agreements about the purchase price they pay to farmers. By means of tips, the ACM was informed of the fact that these companies may have coordinated their purchase prices. According to the ACM, alignment of purchase prices is disadvantageous for farmers, because it gives them a lower price for their products. In addition to this ongoing investigation into purchasing cartels, the ACM is also investigating other competition violations in the agricultural sector. The publication of the raids on 18 November therefore serves as a signal to be alert to such violations at the moment and in the future.

In addition to the publication of the abovementioned guidelines, the ACM has also announced that it will pay more attention to, among other things, prohibited (price) agreements between competitors when purchasing products (purchasing cartel) and (price) agreements between suppliers and buyers. This course of action of the ACM therefore means that parties in both horizontal and vertical relationships may not simply ignore the competition rules on joint purchasing. Purchasing cartels namely disadvantage suppliers, because they can supply their goods and services on less favorable terms and cannot benefit from the advantages they would have in case of joint purchasing. Furthermore, purchasing cartels may lead to reduced pressure on buyers to control costs, improve quality or innovate.

Supermarkets may therefore not secretly agree on the prices they are prepared to pay to suppliers. Even a simple talk with competitors about purchase prices is already forbidden. After all, a purchasing cartel can create a dominant position for the participating supermarkets.
According to the Guidelines on cooperation between competitors, a violation of the prohibition on cartels will be deemed to have occurred, if joint purchasing of products leads to significant purchasing power in the relevant sector or leads to a significant degree of commonality of costs, or if members of the trade association are forced to purchase through the trade association.

The publication of the abovementioned guidelines highlights the fact that companies need to continue to assess their purchasing alliances with a critical eye.

Directive (EU) 2019/633 (Bill on unfair trading practices agricultural and food supply chain)
On 30 April, 2019, Directive (EU) 2019/633 of the European Parliament and of the Council concerning unfair commercial practices in business-to-business relationships in the agricultural and food supply chain was published. The internet consultation on the draft legislative proposal opened on 8 July 2019 and ended on 1 September 2019. The Directive must be transposed and implemented into Dutch legislation by 1 November 2021 at the latest.

The Directive prohibits an exhaustive list of commercial practices conducted by large buyers towards small and medium-sized suppliers of agricultural or food products. ‘Buyers’ mean any (legal) person who purchases agricultural or food products from suppliers. This can therefore also include retailers, such as (purchasing alliances of) supermarkets. The Directive and the draft bill offer suppliers protection by allowing them to submit an enforcement request to the ACM against the buyer in question or to take legal action under civil law. This bill is therefore an important development for the protection and negotiating position of suppliers vis-à-vis large buyers, since new tools will arise for suppliers in their commercial relations with buyers after the implementation of the bill.

Conclusion
In view of the investigations by the European competition authorities into purchasing alliances, the ACM's attention to horizontal as well as vertical agreements by means of the new Guidelines, the very recent investigation by the ACM into purchasing cartels in the agricultural sector and finally the new bill on unfair trade practices in the agricultural and food supply chain, retailers in the Netherlands should be particularly vigilant with regard to the competition law boundaries in their collaborations. The oligopolistic structure of the Dutch supermarket sector also plays an important role in this. In addition, suppliers will also have new tools against large retailers.